University City, located in the southern area of Mexico City, is an urban architectural complex of exceptional quality and great historical value, which design and construction was undertaken by Mexico’s most renowned architects, engineers, and artists.

Its 730 hectares house 13 schools and one national school, 26 institutes, seven centers, and eight research programs, the Central Administration offices, the Cultural Center, sports facilities, the National Library and the Newspaper Archive as well as colleges, schools, institutes, and research centers. Its wide territorial extension includes a vast zone of an ecological reserve.

The wealth and tradition of the National Autonomous University of Mexico is established not only by its thousands of graduates, but also by the buildings that have seen it emerge and grow. These spaces, maintained thanks to the efforts and devotion of many university alumni, make up its invaluable patrimony. 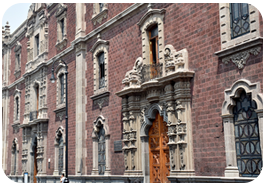 The Antiguo Colegio de San Ildefonso (San Ildefonso Former College), built by the Jesuits between 1712 and 1749, it was the home of the Escuela Nacional Preparatoria (National High School). Later on, in its lecture hall, the recently formed National University was inaugurated. The work of artists like Diego Rivera, José Clemente Orozco and David Alfaro Siqueiros is painted on its walls. In 1992, it was remodeled and, since then, it has become, a museographic space. 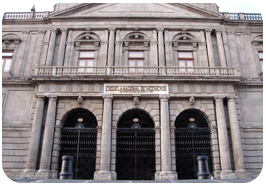 The Palacio de Minería (Minería Palace), is an architectural work by Manuel Tolsá built between 1797 and 1813. After being the quarters of the Republican Army in 1867, it became the National School of Engineers headquarter. In 1976, the School of Engineering Alumni Association restored it, and today it houses different divisions of this school. 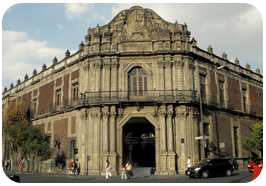 The Palacio de Medicina (The Medicine Palace) was originally erected as the Palace of the Inquisition between 1732 and 1736 by the architect Pedro de Arrieta. In 1854, the School of Medicine was settled there and, today, it houses the History and Philosophy Department of the School of Medicine and the museum of that specialty. 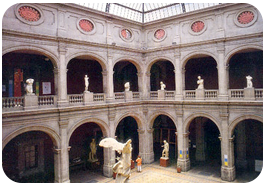 The Antigua Academia de San Carlos (The Former San Carlos Academy) was initially established as San Carlos Academy of Noble Arts of the New Spain in 1781, the first institution of its kind in the American continent, where the Hospital del Amor de Dios (Love of God Hospital) used to be. It was incorporated to the National University in 1915 in that building. It is the precedent of the School of Architecture and the School of Arts and Design, and the latter still offers its postgraduate studies in this building. 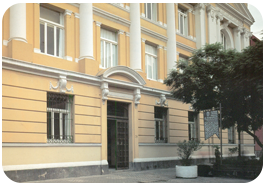 The Antigua Escuela de Jurisprudencia (The Former School of Jurisprudence) was founded on what used to be the convent of Saint Catherine of Sienna; in 1910 it became a part of the National University. One of the most important and renowned generations of students, the Association of Juridical-Social Studies, known as the Seven Wise Men, was formed in 1915 in this building. Manuel Gómez Morin, Antonio Castro Leal, Vicente Lombardo Toledano, and Alfonso Caso, stand out among its members. Other departments of the School of Law develop its activities there. 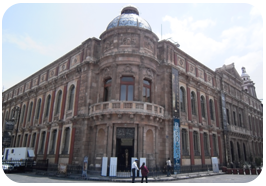 The Palacio de Odontología (Palace of Odontology) is located at was used to be the convent of Santa Teresa la Antigua, which church and dome are still preserved. In 1992 it was of the University Rectory headquarter and subsequently, the School of Odontology and University Initiation. Nowadays, the Odontological Museum is settled in this building, as well as a library and a computing center. 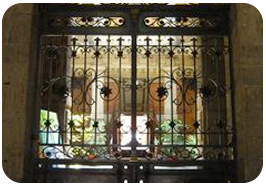 The Antigua Escuela de Economía (The Former School of Economics), constructed by the architect Manuel Gorozpe in the first decade of the 20th Century, it was the residence of the National School of Economics from 1938 to 1954. Several years after, it was restored, and since 1988, the Alumni Association of the School of Economics carries out different activities there. 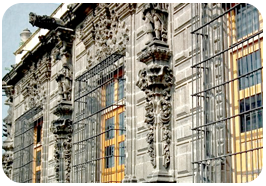 The Casa de los Mascarones (The House of the Big Masks) which construction started in 1766 was completed in 1822. In 1921, the University was settled in the old part, with the primary interest to teach its summer courses to foreign students; some time afterwards, the House was shared with the National School of Music. In 1934, the School of Higher Studies became the School of Philosophy and Literature, which set out its headquarters there. In 1940, the building was integrated to the university heritage and, today, it houses a computing center and a language laboratory subordinated to the Foreign Languages Teaching Center. (Centro de Enseñanza de Lenguas Extranjeras – CELE). 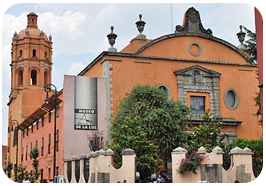 The Antiguo Templo de San Pedro y San Pablo (the Former Saint Peter and Saint Paul’s Temple) initially was the Colegio Maximo de San Pedro y San Pablo founded by the Company of Jesus in 1574. after countless uses over the years, including: the scene of Agustin de Iturbide’s oath as emperor in 1822 and, in 1824, for the meeting, of the First Mexican Congress and the Constituent Congress. It also served as a military school, barracks, a hospital, and a store, until in 1922 José Vasconcelos ordered its restoration to house the National Newspaper archive, which in 1979 was moved to the Cultural University Center. The Antiguo Templo de San Pedro y San Pablo has been, since 1996, the Museum of the Light, an agency of the Managing Direction for Dissemination of Science. 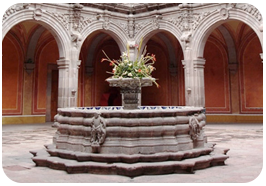 The Antiguo Templo de San Agustín (the Former Saint Augustine’s Temple) was built in the 16th and 18th centuries and adapted in 1968. After a long abandonment, Benito Juarez, the President of Mexico in those days, ordered that it housed the National Library, and that it safeguarded the most important bibliographical collections, which, until then, had been in the hands of different religious orders. In 1929, this national heritage was left under the custody of the University and, today, it is located in the Reserved Fund of the National Library. 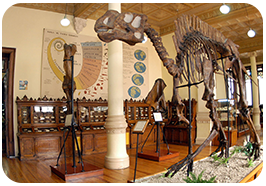 The Museo de Geología (Geology Museum) was constructed between 1900 and 1906 to house the National Geological Institute, which was moved to University City in 1959. Currently, the building functions as a museum of geology and paleontology, in addition, ten magnificent canvas works of Jose Maria Velasco are under its custody. 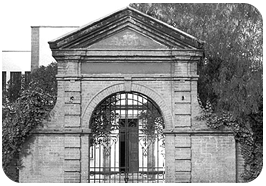 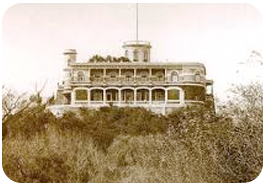 The Observatorio Sismológico de Tacubaya (Tacubaya Seismological Observatory) was built in 1908. It was inaugurated in 1910 as one of the first antiseismic and antivibratory facilities in Mexico. In 1929, it was assigned to the University. Since then it has been managed by the Institute of Geophysics and it maintains the seismogram archive, which includes records dating from 1903. 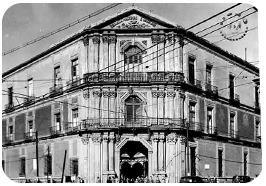 The building of the Real y Pontificia Universidad (Royal and Pontifical University) was assigned to the National University on October 21 of 1988. From the beginning, it had the attendance of numerous students and only six courses.

UNAM also has facilities in the 32 federal states in Mexico. It has campi in Morelia, Morelos, Juriquilla, Ensenada, León and Yucatán.